***This website may contain affiliate links. In other words, companies will compensate us if you buy the products recommended. This compensation comes at no cost to the customer, but helps to pay for the upkeep of this site. All opinions stated are still my own. For more information, click on the disclosures tab in the menu above.***

Every time I start a new gardening experiment, I’m always surprised where it takes me.

A couple of years ago, we did a deep mulch gardening experiment and it worked out even better than planned.

You can read about the results of that experiment here —> Deep Mulch Method for Gardening: The Results.

So this year, we decided to try something new. Instead of building raised beds out of wood, we bought some metal water troughs to use as raised beds.

Why did we try this experiment?

As a recap of that post, let’s first discuss why we wanted to try the metal water trough experiment:

How was our overall garden this year?

We not only had the water trough garden, but we had normal wooden garden boxes as well. We kept them as kind of a control group, even though both containers did not have the same vegetables in them.

We watered the whole garden the same and obviously they both had the same weather as well.

Overall, our garden was a fail this year. We got a few veggies here and there, but not even close to the production we normally see.

Our overall garden failed this year for several reasons:

Get a free gardening printable by clicking the link below! 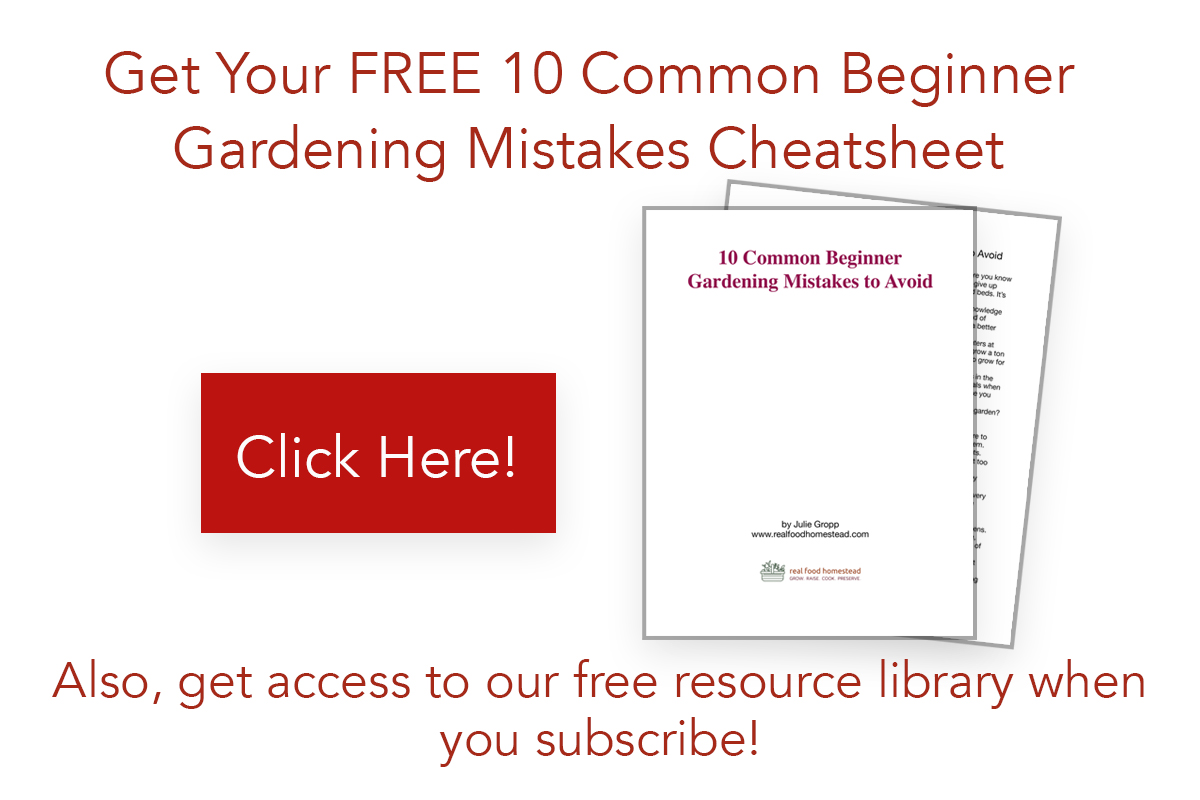 What were the results for the water troughs?

Because we had such a bad, overall gardening year, it is hard to give a fair evaluation of the water troughs.

Pros of the water troughs

Cons of the water troughs

Flooding in the troughs

I want to go into more depth about the worst problem we had with the water troughs: flooding.

There is a drain at the bottom of each trough, so I thought that would be enough to regulate the water. I was wrong!

Once I set up the watering system, we had to leave out of town for a couple of days. We made sure the water was turning on and off properly, so we thought it was safe.

Apparently, we had a good rain on one of the days we were gone. Of course, the watering system still watered that day anyway.

When we got back and checked on our garden, two of the troughs were flooded. They each had several inches of water in them, above the soil line.

The other 3 troughs and the vegetables in the wooden boxes were fine.

We scooped out the water and let them dry out, but by then it was too late.

The vegetables inside the troughs were rotted and ruined.

We pulled up the vegetables, let the troughs dry completely and then planted again. It was really frustrating.

When we move the troughs into a new location for next year’s garden, we will make sure the drain is working properly and add more holes for extra drainage as well.

We may also put the troughs up on blocks, with a slight slope to assist in drainage. That is an experiment for next year!

My opinion on our water trough vegetable garden experiment

I like the look and ease of the water troughs. I will be using them again next year and may even buy a few more (we will see).

But I will definitely work on ways to water correctly and make sure not to flood the troughs. It was so sad to see our veggies under water!

So if you decide to try this raised bed gardening method, please keep these things in mind as well.

I hope this post has helped you decide if water trough vegetable gardening is for you. I always want my readers to learn from my mistakes. That is what our homesteading community is all about!

What is your favorite raised bed gardening material? Let us know in the comments below. And if you found this post helpful, please share. Thanks!

Get a free printable of this post by clicking the link below!

Julie has been a homesteader for over 15 years. She and her family recently moved from SW Colorado to the DFW Texas area. Homesteading is a lifestyle of self-sufficency, characterized by gardening, raising animals, preserving the harvest, emergency preparedness and learning time honored skills to become more self-reliant.